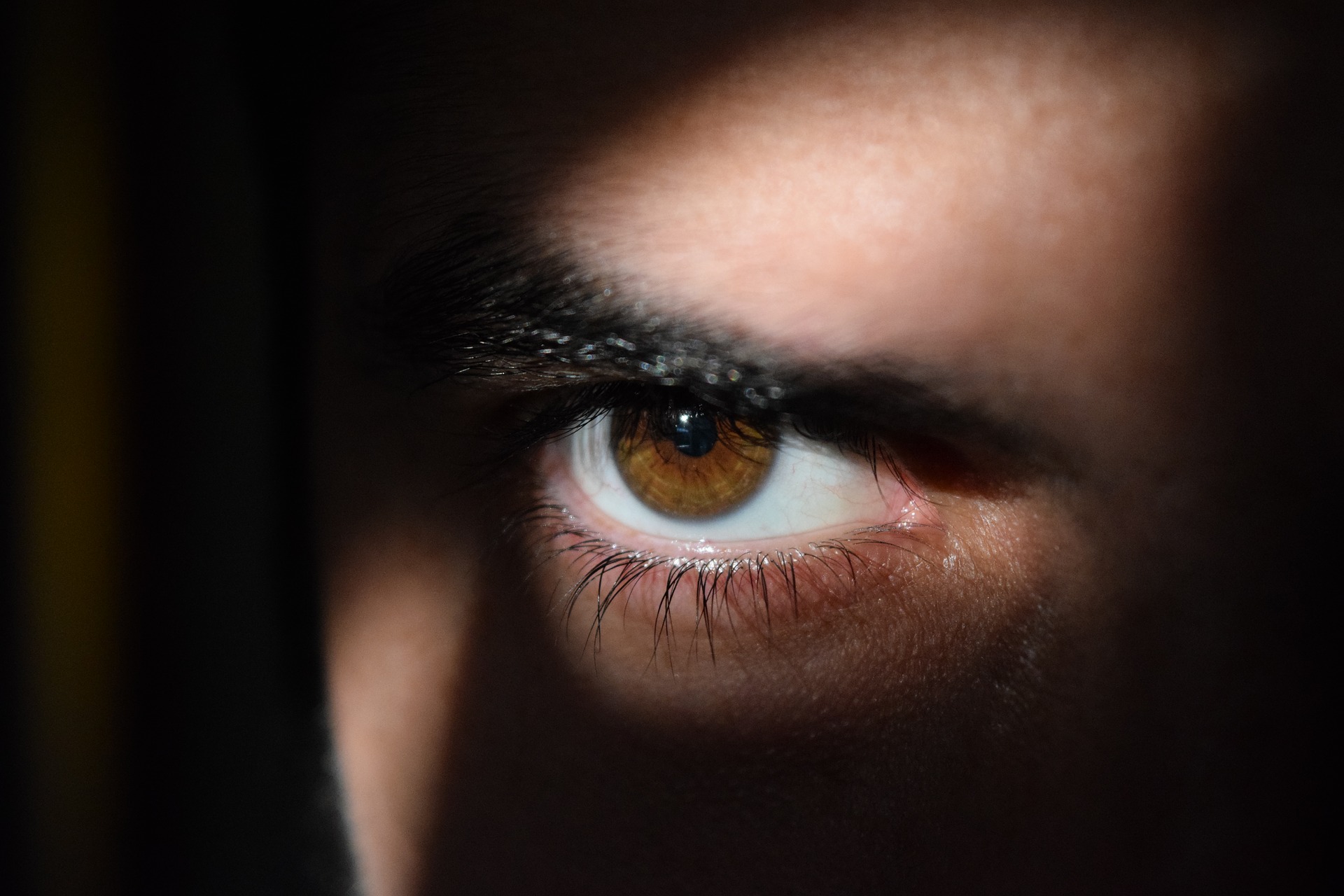 Chances are that some of you reading this are being Government gang stalked. There is so much going on with this story that I could never do it justice in a few short articles. Government gang stalking is different than all other gang stalking because it represents the ultimate betrayal to not only the victims, but to the country itself. It isn’t only tyranny in the classic sense, it’s also traitorous. It means that in many cases those who have taken an oath to defend our constitutional rights have violated that oath. You have for some reason without due process been declared an “Enemy of the State.”

Any of you that are familiar with my background know that I claim to be a gang stalking victim. Some of you also know that this is not all I claim and not all that I write about. I don’t live and breathe government conspiracy because I also write about other things. I write articles for different sites and magazines about aliens, UFOs, religion, philosophy, physics, meta-physics and so on. However, the most passionate responses I get are the ones that have to do with government conspiracy and gang stalking. That’s probably because there are victims involved and more often than not there is a sense of helplessness.

After reading much of what many of you have to say, I’ll share with you some of what has gone on with me as insight.

Much of what has happened to me I’m going to have to assume came about because of my outspoken writing and maybe my extraterrestrial encounter claims. No one of course told me why because they would have to come out of the crevices. There were almost all of the classic scenarios involved with me going on. I put much of it together by deduction but some things I’ve never acknowledged or told anyone even to this day. Like the green not so high altitude flares. At least that’s what they looked like to me, but I’d see them often mostly when I was alone and anywhere. I was once in the middle of the woods once taking a short cut because my car was stuck and there was the green flare. This can only be done by someone who knows your whereabouts at all times.

Above left: Image from the Mini Z handheld backscatter X-ray. The same type used in airports and border checkpoints but can be aimed unsuspectingly and can cause cancer if used improperly. Right: Handheld V2K device for direct voice to skull communication.

That was a tactic used to let you know that they know where you are. But it also reveals a technique. It means they’ve done their homework on you and it also means you may be transmitting through something you are carrying. Unless you are truly a victim of gang stalking, most of what goes on would seem from the outside as schizophrenia. There is a quote I made up and I put it in my book. “Most paranoid schizophrenics believe they’re being watched and it drives them crazy. I know I’m being watched and could care less.” And this my friends is your best defense! Knowledge… Knowing what’s going on, keeps you sane. I never told anyone about the green flares until my book. Of course when others saw them too, I just acted as surprised as them.

OK so moving on there was the street theatre and that’s where strangers put on a show for you. They start to talk about things that they know will relate to you personally and these are called triggers. Again, this requires knowledge of you which requires coordination through some central source. It all does, it all requires a central coordinating source. This requires resources and when it crosses town or state borders, you can rule out anything local.

There is the media… and this gives them away a bit it means someone can pull big strings. I use to hang with this one guy and I suspected he might have been in on it from the day I met him and how I met him so I would make up stuff to see what the effects would be once he reported back. Every time I would run into him, the same song would play on the radio of my car or any car we were in. One day before I started my car I told him the song that was going to play on the radio. Sure enough, he said: “How did you know that?” and I said: “Because it’s always the same song every time I run into you.” He said: “Yeah, but it was the first song. Not like the third song it was the first song.” I said, “That’s because I’m being watched.”

There were the home break-ins where things are moved, or things turned on. The car hits, the police harassment. The people following you, there were the people following others around me. There was the destruction of my business by harassing my clients and customers. Yes, I started a business out of my home which was mostly an internet company but I would often have to meet with clients and local customers. Some of them were telling me they were being pulled over as soon as they would leave my house. These were mostly business owners that I was doing web work for. I was doing work for well-known national companies and some locals. Peavy, Gibson, The House of Blues, Rockhouse Method, NFL, Ibanez, the Imus Show, etc… I had to move into a commercial spot in another town because of this and it continued till my business was destroyed.

Most of these tactics are classic plus there were many, many more. Electricity cut-off through entire area blackouts. I’m also sure I was bugged, tapped, things planted in my car… I was often tailed and pulled over so many times, while often having my car and passengers searched. I almost never got a ticket. Many different police departments were in my final written DoJ complaint, etc… The rest of those involved with everything I did was done by many persons unknown to me and not in uniform.

Finally I got so fed up I filed a complaint with the Department of Justice. You must have clean hands if you ever choose to contact the FBI or DoJ, you must be lucid, you must be right and sane. If the DoJ decides to involve itself in your case, you are the first person they are going to investigate. Your mental, criminal and every other history will be scrutinized and I don’t think this will work if you are being stalked by non-government or other non-law enforcement entities. You will have to report it either to the right authorities or hire your own people.

A case just ruled in favor of Kathleen Watterson, Joshua Tree, CA. was proved by her hiring her own investigative expert. He proved that she was being bombarded with microwaves from a stalkers satellite dish aimed at her house from next door by bringing in test equipment and testing over the period of about 2 months. This means it can be done on your own. You can look this case up in google.

I know this doesn’t cover everything and not even everything that was happening to me, but there are limitations to writing these articles. In my book these topics are woven in and out of a good portion of it and detailed. If you are being government gang stalked, they have bottomless budgets and it is my belief that these are military based ops.

So those are some of the tactics but what technology is used. The last time I told you about the silent kill and how it referred to having the target commit suicide. There is another method of silent kill and this is done using high tech wave weaponry. Which emit all types of waves including cancer causing waves like microwaves. They can literally cook you slowly or X-rays which can give you cancer quickly. Many of these are called psychotronic because they affect you consciousness or “brainwaves.” They were banned in Russia in 2001 by Putin and a global ban on these weapons has been introduced before the UN on several occasions, but the US has consistently stood in the way.

Timothy L Thomas writes in the U.S. Army War College Quarterly: “The Mind has no Firewall.” Therefore is susceptible to all form of non-detectable intrusions. If your thoughts were altered you wouldn’t even know they weren’t your thoughts.

I have posted another complimentary article not part of this series on this site “Uncovered Photo Evidence of Global Mind Control Experiment?” You can probably see why the US is so against banning these mind invading weapons. We here have too much invested into controlling entire populations all at once. Much of this technology is being developed under the guise of non-lethal crowd control.

Above Left: PSI TECH webpage logo: They hold the patents to much of this technology. Right: Xavar 800 portable handheld “through wall radar” unfolds for monitoring from outside the room or building. Right through the walls or ceiling.

But the beauty of it is, most of these weapons are available as portable or even hand held units. They can be dialed to the desired frequency and aimed at an individual. In the Watterson case I mentioned above, she lives 400 yards away or 4 football fields and the waves penetrated the walls of her house. That’s because waves will do that!

There are other technologies and techniques used as well, from high tech to low tech. Car horns to airplanes, helicopters, wave weapons, bugs, taps, cameras, V2K and so on. The goal is to dehumanize you and much of the wave weaponry is probably experimental. The easiest way to find subjects is without consent and that way there are also no law suits, no recourse and if the target is accidentally killed or diagnosed with cancer, there’s deniability…

Sorry for having to limit these articles, but as always contact me with any thoughts… Deeper detail can be found in the book but much of the gang stalking concepts I’ll post in this series.

This article was written using excerpts from the non-fiction book “Circle of Snakes – How to Stop Your Gang Stalking” available at Amazon, Kindle, Createspace: written by the author Robert Torres under the pen name Bobby Towers. FaceBook