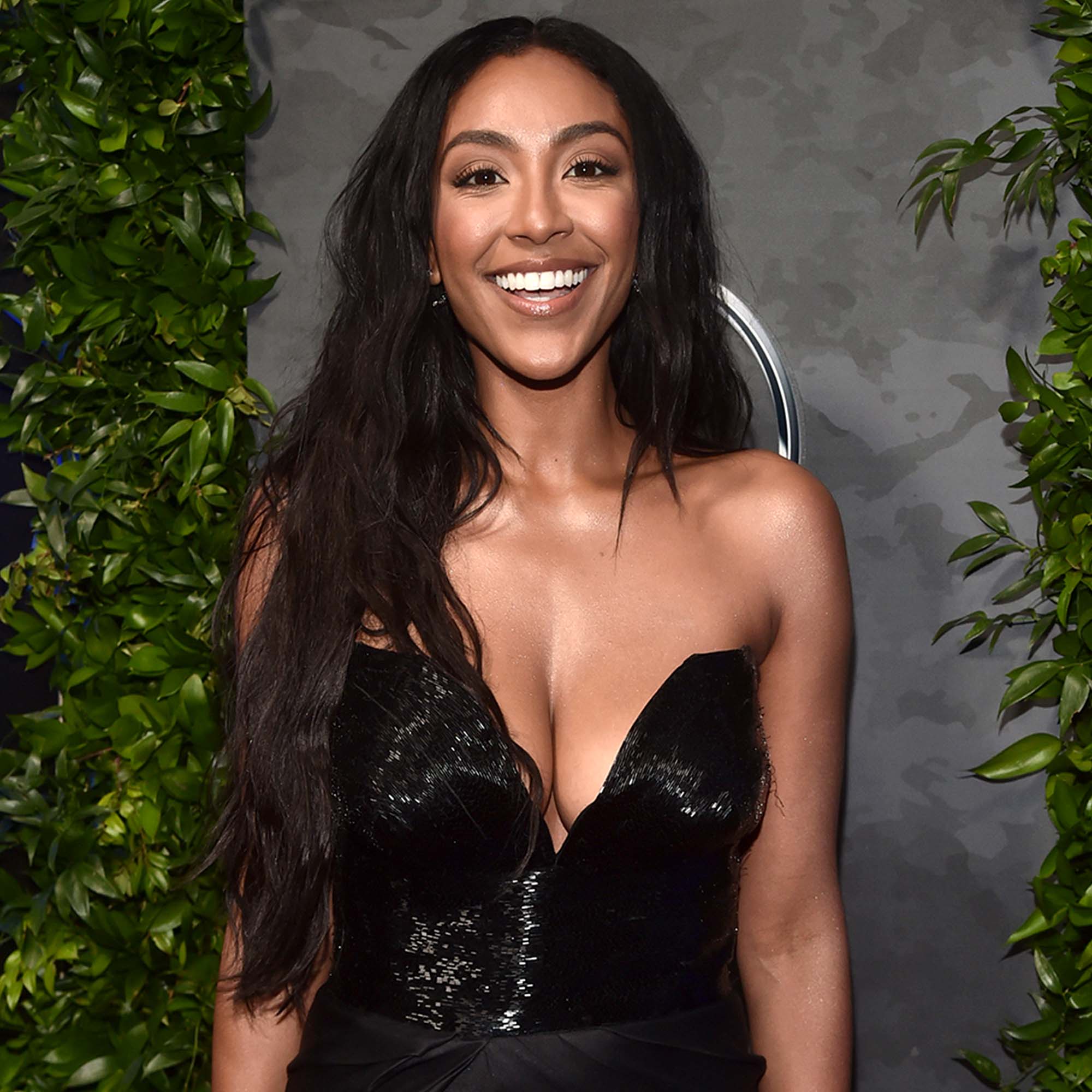 Living her best single life. Bachelorette Tayshia Adams is happy rolling solo after splitting from fiancé Zac Clark — and thinks everyone else should be happy for her, too.

Adams, 31, responded to an Instagram comment on Wednesday, May 4, that claimed she had “taken a detour from wanting to be married and starting a family.”

After the reality star uploaded an Instagram photo of herself sporting a purple dress that was captioned “Slow Down, Grab the Wall…,” the troll unleashed their thoughts about the California native’s decision to stay single for a while.

“Marriage and family are not for everyone so it’s good that you realized your career is more important before you got married can you imagine how much more difficult that would have made things?” the Instagram user wrote.

Adams took the time to respond to the commenter, defending her personal life choices.

“Did I take a detour or am I just living and enjoying my life in its current season?” the TV personality asked. “I still want marriage and to start a family more than anything so what I BELIEVE you meant in referring to what I ‘realized’ is actually — waiting to be in a healthy supportive relationship while simultaneously being a successful woman; a cohesive unit, not one or the other.”

The Bachelor Nation alum went on to remind her 1.7 million Instagram followers that she was open about what she wanted in life from the start.

“I think some of you fail to remember that I stated this at the very beginning of my journey,” she explained. “I want to build an empire, I want to go after my dreams and I want my partner to be supportive of that as they follow their own dreams as well. I want a relationship where we can cheer each other on. None of that has changed.”

She continued: “So before you confuse the fact that I’m in the wrong for focusing on my career solo rather than with someone by my side and not ‘wanting to be married or start a family,’ which is not for everyone (which is incredibly rude to say BTW) maybe applaud me for not settling, staying true to myself, going after my dreams and working on myself in the interim to be the best version of me for the right person.”

Adams met Clark, 36, during season 16 of the ABC dating series, getting engaged during the December 2020 finale. Less than one year later, Us Weekly confirmed in November 2021 that the reality stars had called it quits, with a source exclusively revealing that there was “noticeable tension” between the pair before they officially pulled the plug on their romance.

Wildest ‘Bachelor’ and ‘Bachelorette’ Posters, Taglines Through the Years

“They eventually realized it wasn’t going to work and their relationship ran its course,” a second insider told Us at the time, adding that the two hadn’t “even started wedding planning” before their breakup.

Adams previously opened up to Us in March about her split from Clark, asserting that she was in “absolutely” no rush to start dating again.

[My dating life] is pretty non-existent right now,” the former Bachelor contestant said at the Mercedes-Benz Oscar 2022 Viewing Party. “I feel like my main focus right now is myself, my career, my mental health, my happiness, my family, my friends and really just becoming my own [person], and I’m really happy with that.”