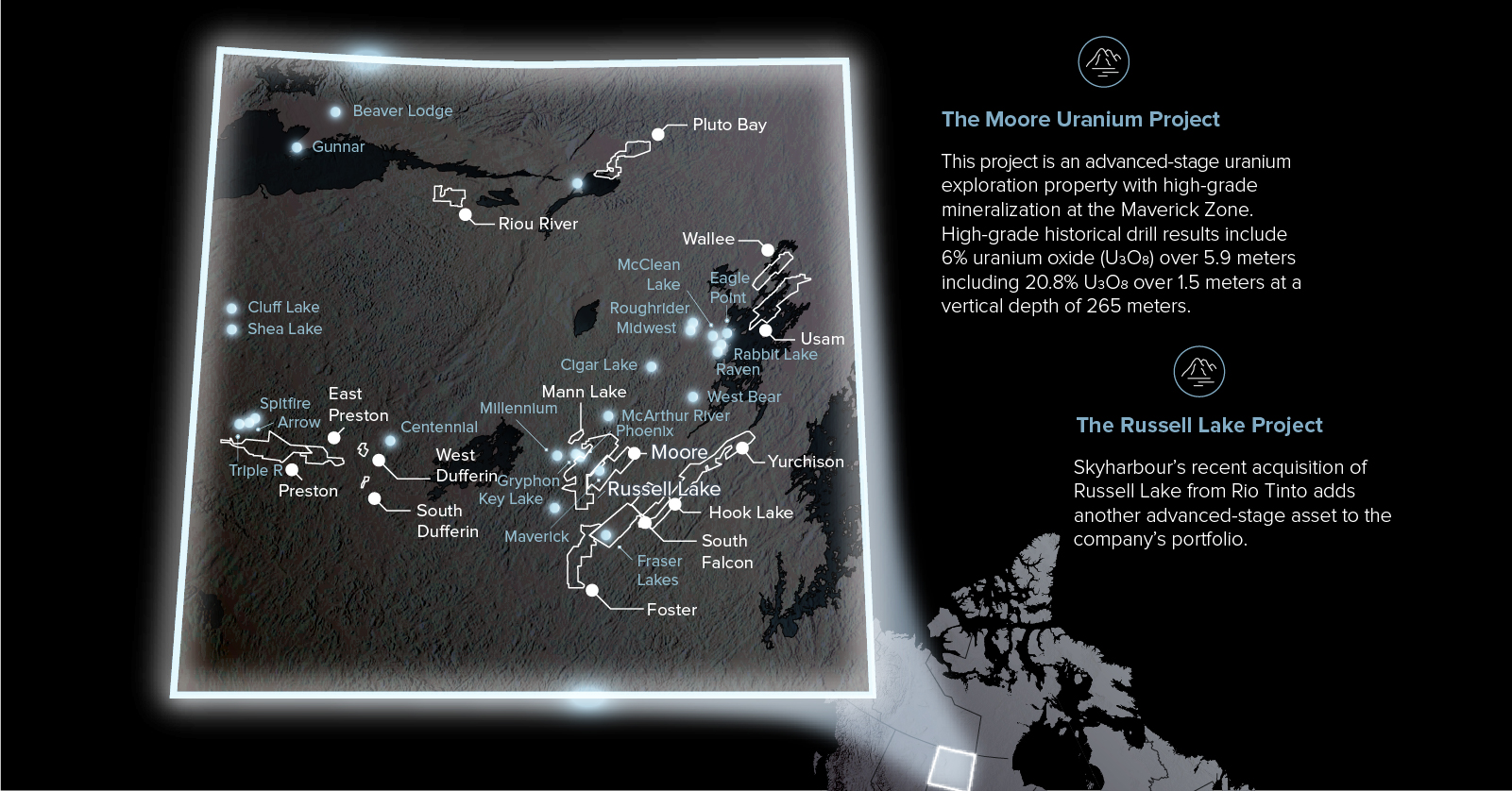 The Next Generation of Uranium Deposits

Government policies are shifting in favor of nuclear energy as countries try to reduce carbon emissions.

Unlike coal, oil, or gas, nuclear power plants produce little to no CO₂. As a result, nuclear is the second largest source of low-carbon electricity in the world, behind hydropower.

In this infographic from Skyharbour Resources, we look closely at the next generation of uranium deposits necessary to power up the nuclear sector.

All of the world’s nuclear reactors are powered by uranium. They require approximately 67,500 tonnes of uranium annually. However, the uranium market has been in a growing deficit since 2015, with the widening demand-supply gap being filled by civil stockpiles and secondary sources.

The World Nuclear Association expects a 27% increase in demand between 2021 and 2030.

In addition, the recent energy crisis following Russia’s invasion of Ukraine has led investors to the uranium market, betting on nuclear energy to shift away from fossil fuels. In this scenario, new uranium mines are expected to come online in the next decade to meet the demand.

Canada is the world’s second-largest producer of uranium, accounting for roughly 13% of total global output.

The country’s Athabasca Basin has the highest-grade uranium deposits in the world, with grades that are 10 to 100 times greater than the global average. The Northern area covers almost a quarter of Saskatchewan and a small portion of Alberta.

The region— sometimes described as the “Persian Gulf of uranium” — is home to Cameco’s Cigar Lake, the world’s richest uranium mine.

According to the Fraser Institute, Saskatchewan ranks as the second-best mining jurisdiction in the world. The province appears only behind Western Australia regarding geologic attractiveness, government policy, and attitudes toward exploration investment.

In recent years, many uranium companies have made uranium discoveries in the basin, with Skyharbour Resources among them. The company holds an extensive portfolio of fifteen uranium exploration projects, ten of which are drill-ready, covering 450,000 hectares of mineral claims.

While the Biden Administration is urging lawmakers to pass a $4.3 billion plan to purchase enriched uranium from domestic producers, the country’s production is still considered small in scale.

For this reason, Athabasca Basin and companies like Skyharbour Resources are expected to play a key role in the U.S.’ nuclear future.

The post The Next Generation of Uranium Deposits appeared first on Visual Capitalist.

0 comments on “The Next Generation of Uranium Deposits”