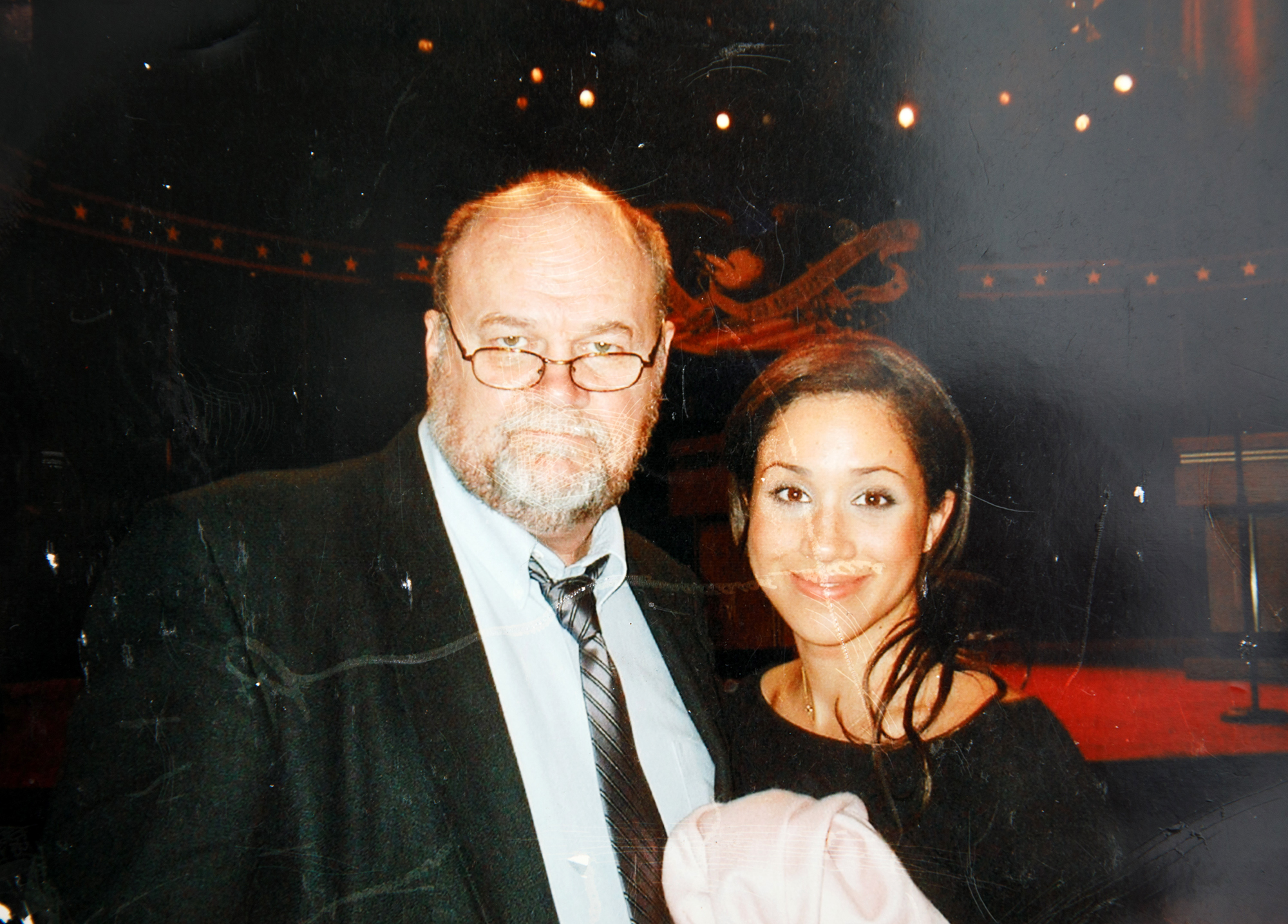 On the mend. Meghan Markle’s estranged father, Thomas Markle, is now home after he was hospitalized for an apparent stroke last week.

Everything Meghan Markle’s Dad, Half-Sister Have Said About Her

“I feel hugely grateful and know how lucky I am to be alive. I want to thank everyone, especially the wonderful doctors and nurses who saved my life. They are angels,” the former lighting designer, 77, wrote via a whiteboard to the Daily Mail on Saturday, May 28. “I have been deeply moved by loving messages I’ve received from all over the world. People have been so kind. I can’t speak right now, but I am working hard and will thank people properly when I can.”

Thomas suffered a “possible stroke” on Tuesday, May 24, according to TMZ. The outlet reported that he was unable to talk and was promptly rushed over the border from his home in Mexico to a San Diego hospital.

“Peace and rest is best,” Samantha Markle, Thomas’ other daughter and the Duchess of Sussex’s half-sister, exclusively told Us Weekly on Tuesday about her father’s recovery. One day later, she accused Meghan, 40, of “negligence” regarding their dad’s care.

Samantha, 57, stated on Dan Wootton Tonight that her younger half-sister should stop “watching and doing nothing” following their father’s health concerns. (He previously survived two heart attacks.) “If she can’t find it in her heart, or have the moral conscience to step forward, then shame on her,” the Diary of Princess Pushy’s Sister Part 1 author said, claiming their dad “doesn’t have a lot of time” left.

Thomas was previously scheduled to attend Queen Elizabeth II’s Platinum Jubilee on June 3 — a celebration for the royal’s record-breaking 70 years on the throne — but is no longer going after his health scare.

“I wanted to come to pay my respects to the queen,” the Mexico resident wrote to the Daily Mail. “I wish her a happy Jubilee and many more years.”

Meghan Markle Through the Years: Photos of the Duchess From Then and Now

Meghan and her father have been estranged for years. He was uninvited to her May 2018 wedding to Prince Harry after he admitted to staging paparazzi photos, which the Suits alum claimed in her and Harry’s CBS tell-all in March 2021 that he didn’t own up to at first.

“That, for me, has really resonated, especially now as a mother,” the duchess said of her father’s inability to come forward with the truth about the paparazzi images. “I look at [my son] Archie, I think about this child and … I genuinely can’t imagine doing anything to intentionally cause pain to my child. I can’t imagine it. So it’s hard for me to reconcile that.”

Thomas has yet to meet Meghan and Harry’s children, Archie, 3, and Lilibet Diana, 11 months.

0 comments on “Thomas Markle Home From Hospital After Apparent Stroke: ‘Lucky’ to Be Alive”