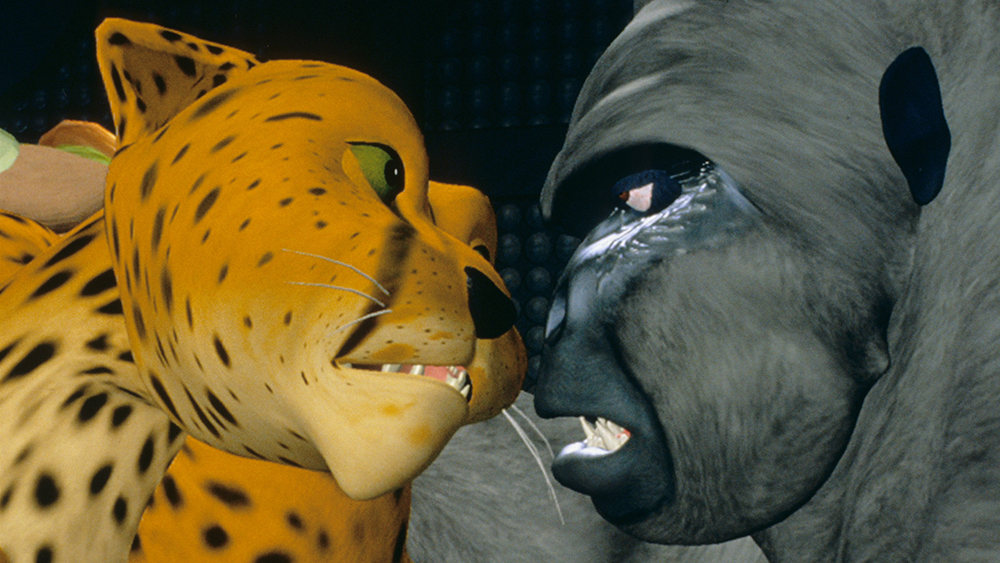 The “Transformers” movie franchise will take on the “Beast Wars” storyline from the late 1990s in “Transformers: Rise of the Beasts,” producer Lorenzo di Bonaventura and director Steven Caple Jr. announced on Tuesday.

Production is just starting on the feature, but Di Bonaventura and Caple still did reveal a fair amount about “Rise of the Beasts.” Like Travis Knight’s 2018 film “Bumblebee,” which was set in 1987, the new film will be set in 1994, so as not to intersect with the five Transformers movies directed by Michael Bay (though those films weren’t exactly sticklers for the laws of time and space, either).

Unlike “Bumblebee,” which Di Bonaventura said was deliberately designed to be a smaller, “more intimate” movie, “Rise of the Beasts” will be “a spectacle story … in the tradition of the Bay films.” The action will move to New York City, and will incorporate two new human characters: Elena (Dominique Fishback), an artifact researcher who keeps having credit for her work taken by her boss; and Noah (Anthony Ramos), an ex-military electronics expert who lives with his family in Brooklyn. The film will also shoot in Peru, including a rare opportunity to film at the ancient Incan ruins of Machu Picchu (a logistical nightmare that Caple said he and his production team are working on).

Bumblebee will return to “Rise of the Beasts,” but the film will focus more on Optimus Prime (voiced once again by Peter Cullen), serving as a kind of origin story as he arrives on Earth for the first time and learns to become a leader.

“I want to discover more about Optimus Prime, get underneath the surface — get underneath the metal, if you would — and explore who he is and his experience on Earth,” said Caple. The filmmaker also revealed concept art of Prime’s appearance for the film, which will more closely align with Prime’s boxy look from the original animated series and toy line. Other classic Transformers characters who will appear in “Rise of Beasts” include Mirage (a.k.a. a Porsche 911) and Arcee (one of the only Transformers to be gendered female).

Otherwise, the film will draw from the “Beast Wars” animated series which focused on robots who transform themselves into animals as opposed to vehicles. As Caple explained, in the film, these transformers are “prehistoric animals that traveled through time and space, and we find them on Earth.” They include Airazor (who can become a falcon), Rhinox (who can become a rhioceros), and Optimus Primal, a different character from Optimus Prime who can transform into a massive gorilla and is the leader of the beast-like Maximals.

Caple also previewed concept art for these characters, suggesting a sleek elegance to their design — a small but telling difference from the more-is-more maximalist approach to the transformer designs in Bay’s movies.

As a teenager in the 1990s, Caple said he was a big fan of the “Beast Wars” TV series, which was one of the first animated shows to use CGI instead of two-dimensional drawings. Di Bonaventura explained that the decision to pivot the franchise to “Beast Wars” was “to give the audience a lot of ‘new.’”

The event was part of Paramount Pictures’ debut of its “virtual showcase experience,” a VR recreation of the Paramount studio lot and main theater that allowed for guests to mill about and talk to each other while awaiting the presentation. Once the event began, however, some guests incurred several technical issues, including an error message in place of a “legacy trailer” that opened the presentation, and missing video and audio of moderator Anthony Breznican — meaning Di Bonaventura, Caple, Ramos and Fishback were answering questions that some in the audience could not hear.