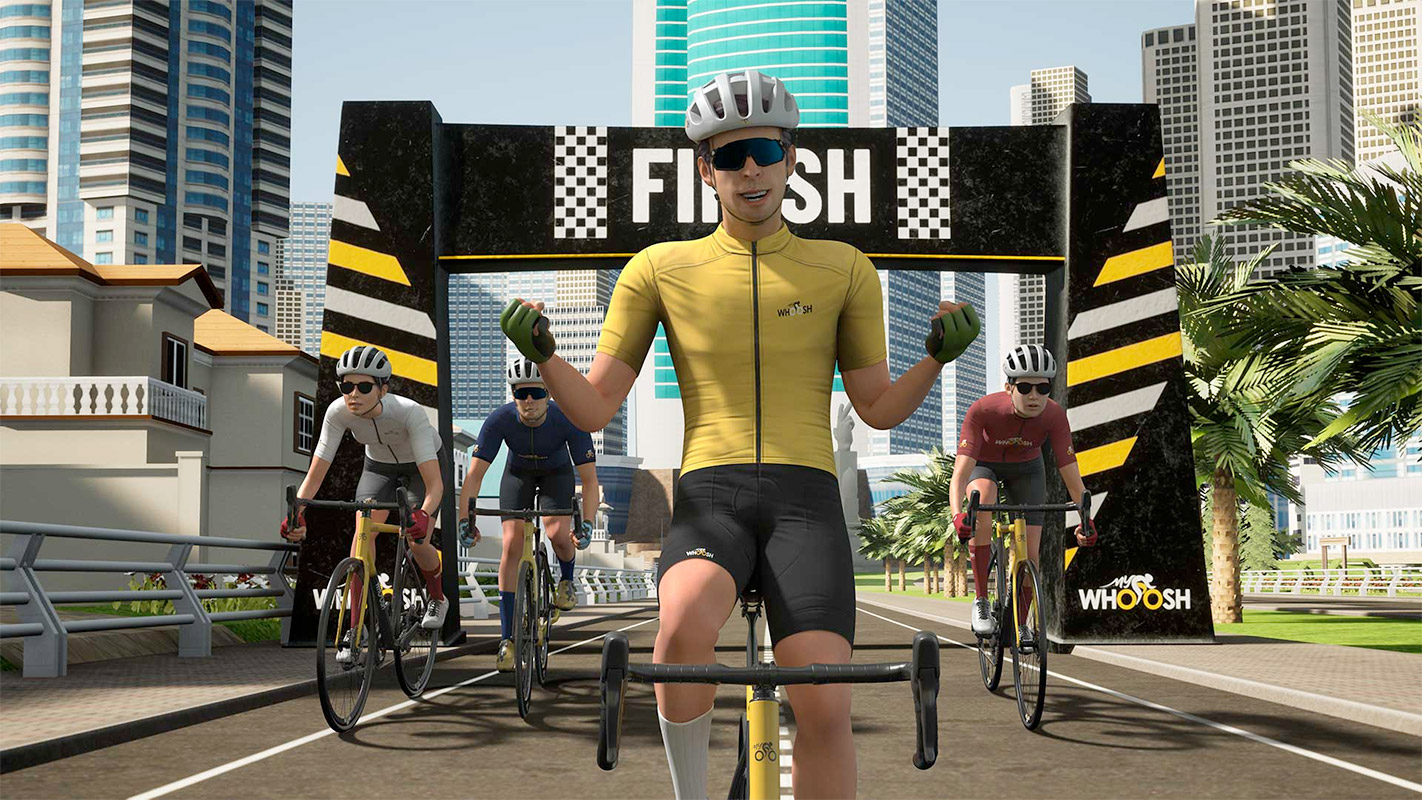 MyWhoosh,
already a firm fixture in the cycling world, is set to have a significant presence at the World Triathlon Championship Finals in Abu Dhabi, when the year-long chase to become the 2022 world champion reaches its climax. Already offering the Official Virtual Training Plan for the Abu Dhabi event, as an official global
World Triathlon partner MyWhoosh will be hosting a series of events and races throughout the course of November, before bringing virtual cycling to life on the race circuit at the Abu Dhabi series finale.

Every week throughout November, MyWhoosh will be providing tailored events for triathletes, including:

For firm fans of the World Triathlon Championship Series, MyWhoosh is offering five lucky people the opportunity to win VIP access to the event. Starting this week, across MyWhoosh’s social channels, avid followers can enter a competition to secure themselves a ticket to access the event in Yas Marina, Abu Dhabi, UAE*.

At the event, MyWhoosh will be bringing its virtual cycling platform to life at the swim/bike transition (T1). While the elite athletes compete for the world title in Abu Dhabi, participants at the event will have the opportunity to:

If you’d like to learn more about MyWhoosh, the benefits of virtual cycling for triathlon training, or to come and see MyWhoosh live in action in Abu Dhabi – please contact the MWW team (mywhoosh@mww.com).

*Please note, travel to and accommodation in Abu Dhabi is not included in the competition, only VIP access to the event.