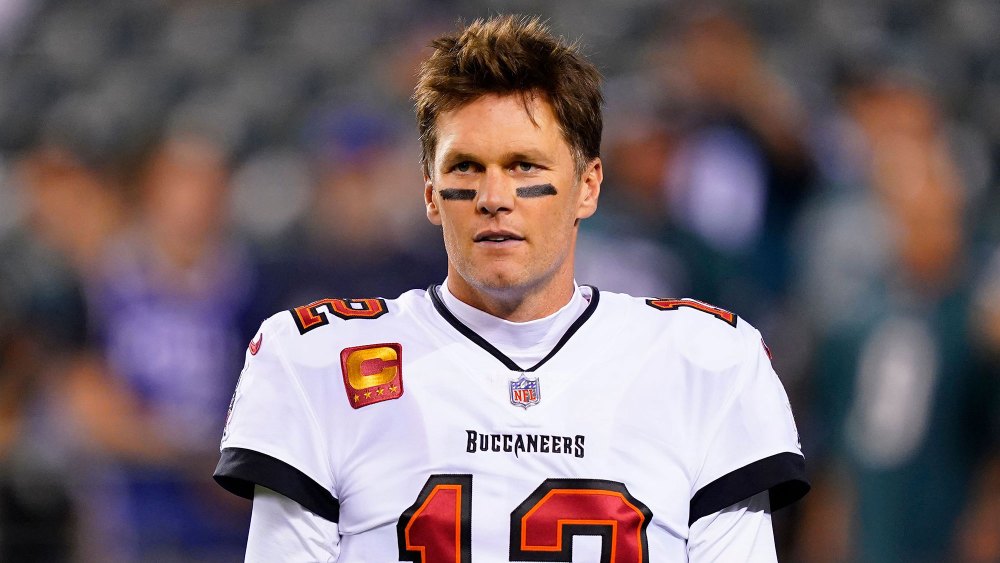 On the naughty list! Tom Brady detailed how the NFL reacted to him throwing his Microsoft tablet when the Tampa Bay Buccaneers played the New Orleans Saints on December 19.

“I can’t throw another Surface or else I’ll get fined. Imagine that,” the 44-year-old athlete said on the Monday, December 27, episode of his “Let’s Go!” podcast.

The Buccaneers quarterback, who was shut out for the first time in 15 years against the Saints, noted that he is “sorry” and apologized for his actions on the sidelines. “I did get a warning from the NFL on that though,” he explained. “I won’t throw another Surface.”

The former New England Patriots player joked, “Although I think it was pretty good marketing for the Surface at the end of the day. I think it worked out pretty well for them.”

Brady made headlines earlier this month as he failed to hide his frustration over his team scoring zero points. During the game, the seven-time Super Bowl champion was seen throwing a tablet on the bench while his team was getting beat on the field. He was also spotted yelling at a referee.

Some fans believed they later saw the California native yelling at the Saints staff during the fourth quarter and allegedly curse out the team’s defensive coordinator, Dennis Allen.

Everything Tom Brady, Gisele Bundchen Have Said About His NFL Retirement

Brady appeared to be tense after his team lost 9-0, telling WFLA post-game that it was “just football.” While he wouldn’t reveal what he said during the frustrating moment, he did deny spewing any negative comments at the opposing coaching staff.

“I don’t think we were much good of anything tonight. … It was a lot of things,” he explained as to why he thought the Bucs lost. “We have to do better in every facet of offensive football to score points — we’re not going to win scoring no points.”

Despite being annoyed by the final score, Brady did compliment the other team for their hard work. “They are well-coached, have a lot of great players — a lot of veteran players that have played together for a long time. They did a great job,” he said after the defeat.

Saints player C.J. “Ceedy” Gardner-Johnson poked fun at Brady’s sideline display the following day, tweeting, “Hey @Microsoft @surface, can y’all send me a new Surface Tablet? I need to give it to a friend who broke his. Thank you and Merry Christmas.”

Snoop Dogg, on the other hand, came to Brady’s defense, telling NBC commentators on December 19, “I just love being friends with somebody that goes as hard as I do.”

0 comments on “Watch Out! Tom Brady Reveals Whether the NFL Punished Him for Tablet Throw”