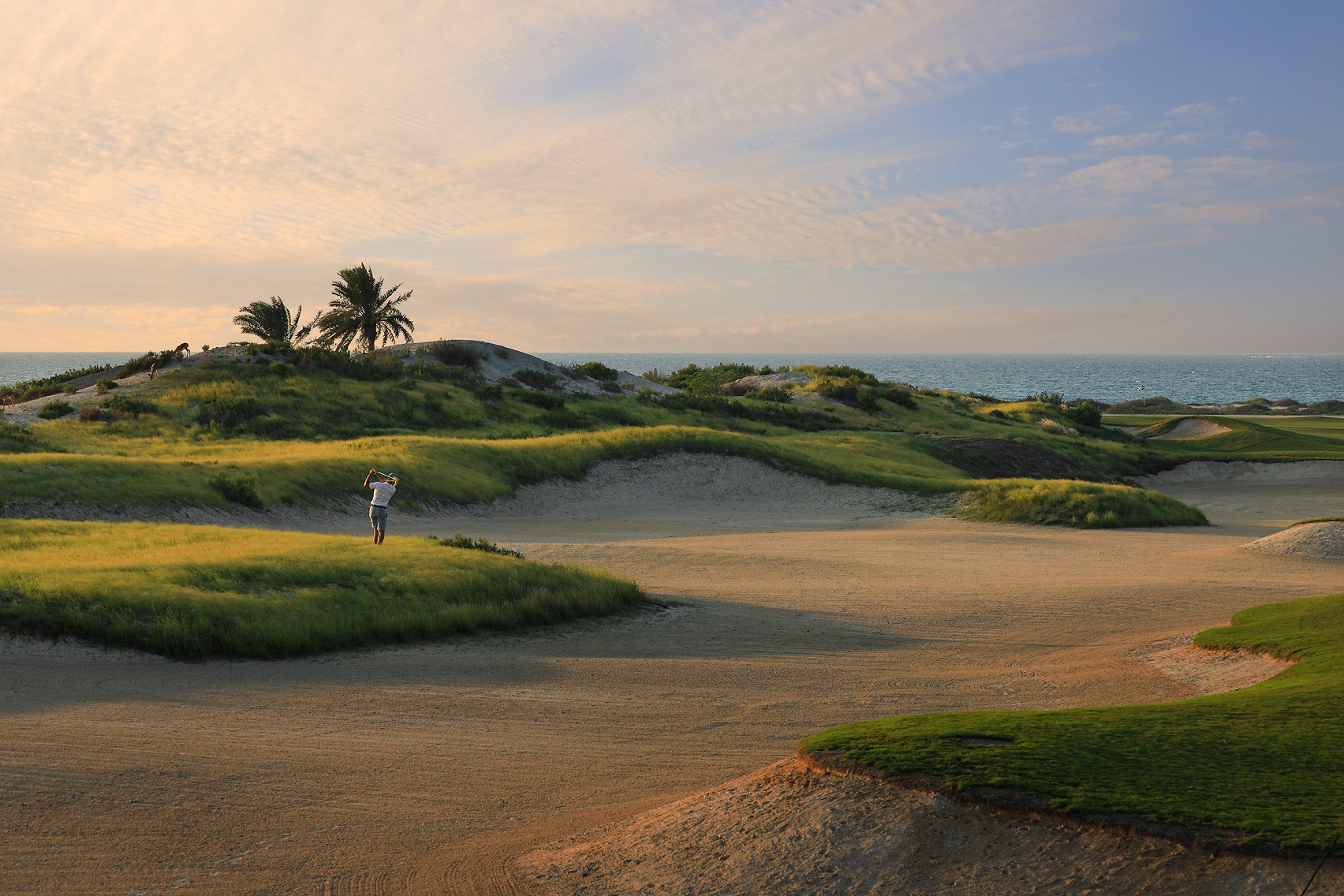 This December will see the fifth Abu Dhabi Amateur Championship takeplace, with the tournament once again returning to the stunning Saadiyat Beach Golf Club, situated on Saadiyat Island in the UAE’s Capital, Abu Dhabi. The winning amateur golfer will take-up a spot at the 2023 Abu Dhabi HSBC Championship next January, a Rolex Series event, following confirmation from the Abu Dhabi Sports Council (ADSC).

The 54 Hole Tournament will take place at the beautiful Gary Player designed course, which is considered one of the world’s most captivating golfing projects. The facility harnesses the stunning natural beauty of Saadiyat Island to create an unparalleled experience, made all the more rewarding with spectacular views of the Gulf’s glittering blue waters fringed by pristine white sands.

The tournament will be held over three days from Tuesday 13th – Thursday 15thDecember with the official practice round taking place on Monday 12thDecember. The format of play is Individual Strokeplay and entries will be open to male amateurs with an Official World Handicap of 0.4 or better. Those competing will not just have the title and qualification for the Abu Dhabi HSBC Championship in mind but will also have the opportunity to earn valuable WAGR points too.

The announcement comes as Viya Golf prepares for a busy events season ahead, which includes major Tour events, as their world-renowned venues continue to drive their reputation as a fast growing world-class golf destination. This includes the news that Viya Golf courses will host an array of upcoming tournaments in just a two month period. These include this month’s season finale, the DP World Tour Championship which is held at Dubai’sJumeirah Golf Estates’ Earth Course, followed by two further tournaments in the new year, the 2023Abu Dhabi HSBC Championship, which will be staged at Yas Links Abu Dhabi for the second time before the following week’s Dubai Desert Classic at Emirates Golf Club.

The Abu Dhabi Amateur Championship has enjoyed widespread success over the years. Particularly the 2021 event at Saadiyat Beach Golf Club, where amateur and UAE resident Josh Hill secured a wire-to-wire victory. Hill who was level with Denmark’s Frederick Birkelund on the final hole managed to keep his cool and get over the line with a par, while his playing partner could only manage a bogey. His victory allowed him to qualify for the 2022 Abu Dhabi HSBC Championship for the second time at just 17 years old, his first tournament outing had been two years earlier when Hill was just 15, making him the youngest ever participant in the event.

H.E. Aref Hamad Al Awani, General Secretary of Abu Dhabi Sports Council, said: “The fifth edition of the Abu Dhabi Amateur Championship is a real milestone and has become an important calendar slot for amateur golfers to earn the exciting opportunity to qualify for the Abu Dhabi HSBC Championship and compete against the world’s very best players. At Abu Dhabi Sports Council we are big believers in developing the next generation of sportsman, particularly those based here in the capital. By hosting such high calibre tournaments we are able to simultaneously attract the very best players as well as generating more interest in the game locally.”

Returning to Yas Links from19thto 22ndJanuary 2023, the Abu Dhabi HSBC Championship, will be the 18th edition of the tournament and once again be the first half of back-to-back Rolex Series events on the DP World Tour’sthree-week Middle East Swing. As the largest event on the Abu Dhabi annual golfing calendar, the Championship is one stop on the DP World Tour that never disappoints the players or the fans. Some of the recent star players include Rickie Fowler (2016 Champion), Tommy Fleetwood (2017 and 2018 Champion), 2019 Open Champion, Shane Lowry (2019 Champion), Lee Westwood (2020 Champion), Tyrell Hatton (2021 Champion) and Thomas Pieters (2022 Champion).

Commenting on the return of the Abu Dhabi Amateur Championship,Chris May, CEO Viya Golf, said: “At Viya Golf, the team has been hard at work ahead of the return of the Abu Dhabi Amateur Championship. This tournament is an essential element when it comes to supporting amateur golfers and we are proud to play a role in their development as well as helping to boost the reputation of the tournament in the region. Amateurs are the lifeblood of our sport and with the opportunity to secure a spot at the Abu Dhabi HSBC Championship means that we see players from all over the world travel here to compete in the UAE’s capital and test themselves against the notoriously difficult reputation which Saadiyat Beach Golf Club enjoys. We are grateful to the Abu Dhabi Sports Council for their generosity in providing this opportunity.”