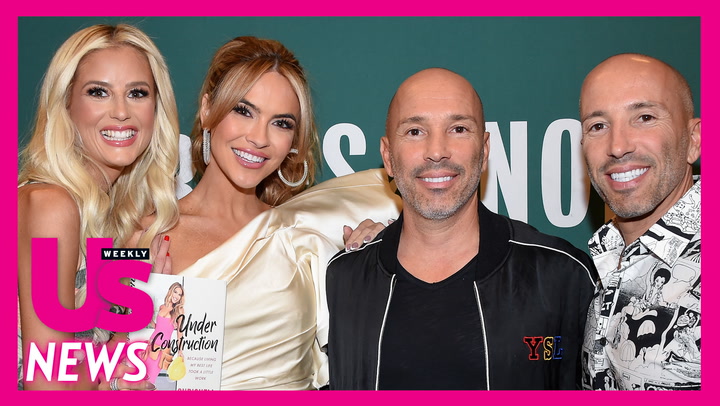 Filming for the reunion took place days after season 5 debuted on the streaming giant — and several of the cast members hinted at the drama that would go down. “Longest day everrrrrr,” Chrishell wrote via her Instagram Story, telling fans that she “[felt] like I got spat out of a tornado” after the taping. “I love our crazy family though.”

Heather, for her part, was joined by husband Tarek El Moussa, who provided moral support while watching from the audience. “So ready for this,” she captioned a video taken in her trailer on the big day.

Ahead of the season 5 finale, Emma gave fans a taste of what might get hashed out during the reunion. “You see a decent amount of what happens on camera, but a lot more happens behind the scenes,” she told Women’s Health in April. “People deserve answers. People become very invested in the show, and these are our real lives!”

During the same interview, Heather said she was “excited” for the chance to clear the air with her costars — especially Christine. “I am so sick of Christine saying that my husband and I call paparazzi,” she told the outlet. “It’s absolutely ridiculous, but she keeps saying it in almost every season. So once and for all, I want to squash that and tell her it’s bulls–t and be done.”

The former Playboy model said she also wanted to “talk about special moments” that viewers may not have seen. “I’ve been in the office since 2014,” she added. “I’ve known a lot of these girls for such a long time that we’re family.”

While plenty of drama is expected to play out between the women, all eyes will be on Chrishell and Jason, who were dating when season 5 was being filmed. The now-exes announced their split in late 2021 after making their romance public that summer.

“It was an extremely difficult time and it was, I think, a conscious decision that we were not filmed together,” Jason told Us Weekly exclusively of the duo’s breakup. “I wasn’t comfortable. I mean, it was a very difficult time.”

The twosome called it quits after realizing they weren’t on the same page when it came to starting a family. Throughout the season, Jason wrestles with the idea of becoming a father, which he admits wasn’t a major focus for him before he began dating the Dancing With the Stars alum.

“I’m still working through everything, you know, the emotions and the feelings even months later,” he told Us in April. “I think it’s gonna be a longer process than I anticipated. … I’m doing my best, but it is a bit raw still. And I think rewatching that last episode has, you know, made things even more difficult. … I love her still. I always will. And she’s a great woman, you know? And so there’s just a lot of loss there. It’s been a difficult process, far more difficult than I thought.”

Scroll down for everything to know so far about the Selling Sunset season 5 reunion:

0 comments on “Getting ‘Crazy’! What to Know About Selling Sunset’s Season 5 Reunion”